Today, General Consul James (Jim) Herman, leader of the U.S. Consulate General in Frankfurt, the world's largest consulate general came to the small cosy village of Ebringen to visit BARK CLOTH_europe, to catch up on our small company, its products and backgrounds. On board were Dr. Kirsten Gerstner, Referee of  the Press- and Culture Division, Carrie Lee, Head of Division Press and Culture, Bertram Schwaderlapp, Director of Business Development & Marketing at Genesis Hospitality Corporation, our external representation in U.S.A. and Nikola Vogt of the regional newspaper Badische Zeitung.

And we are asking ourselves: Why are high profiles from politics, the cultural scene and R&D interested in our actions? And what is missing, that even German (local) politicians gain interest? Or will an entrepreneur first need to engage a lobby agency and make millions of turnover before perceived by the political caste? However, we would have interesting stories to tell, e.g. about food security measurements, creation of jobs and finally prevention from migration from sturcturally weak areas in Africa - all through Mutuba ficus trees and bark cloth! 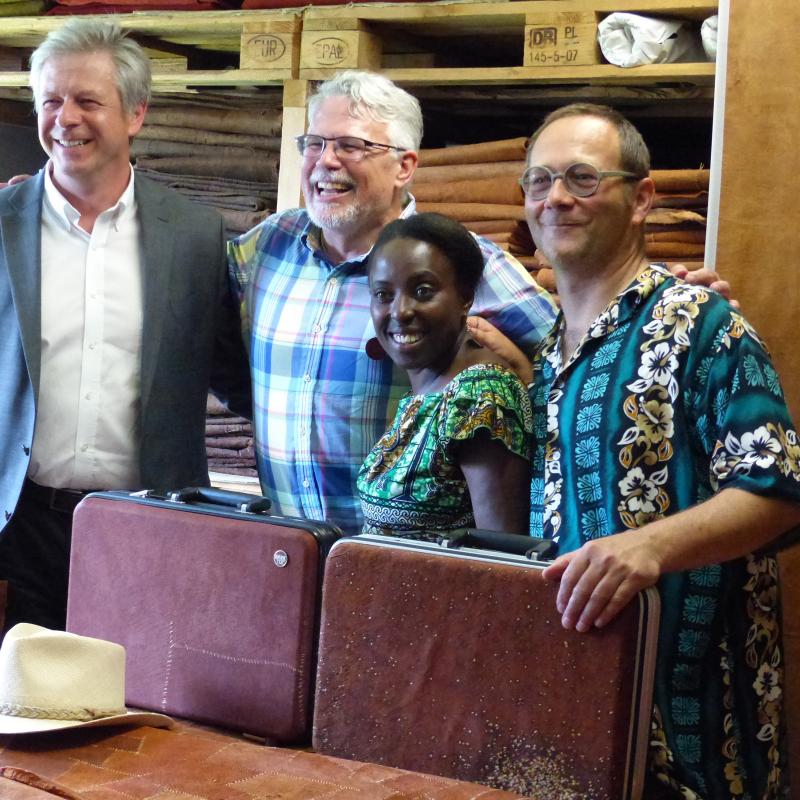 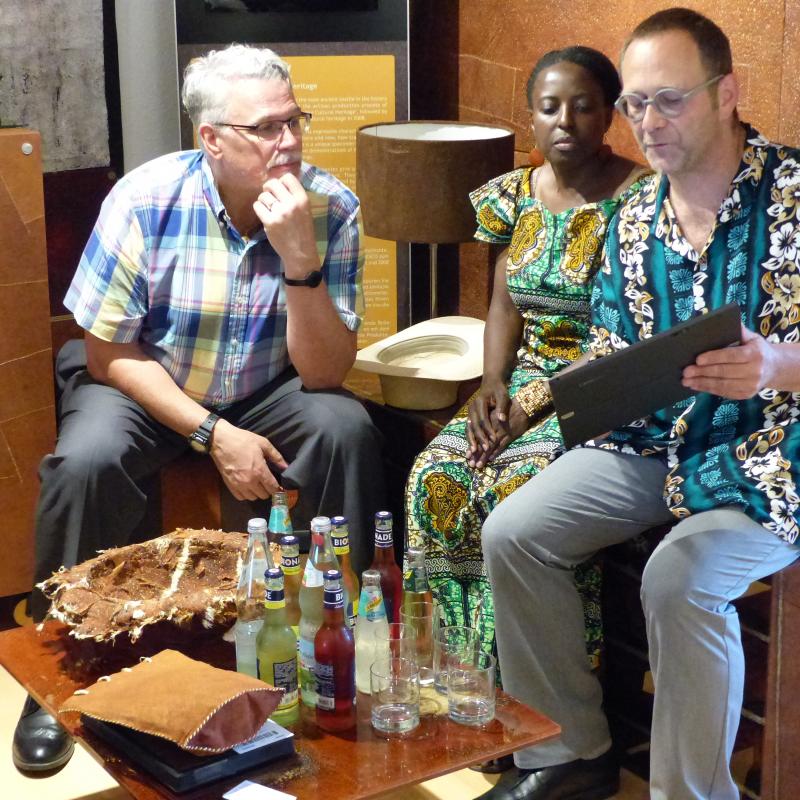 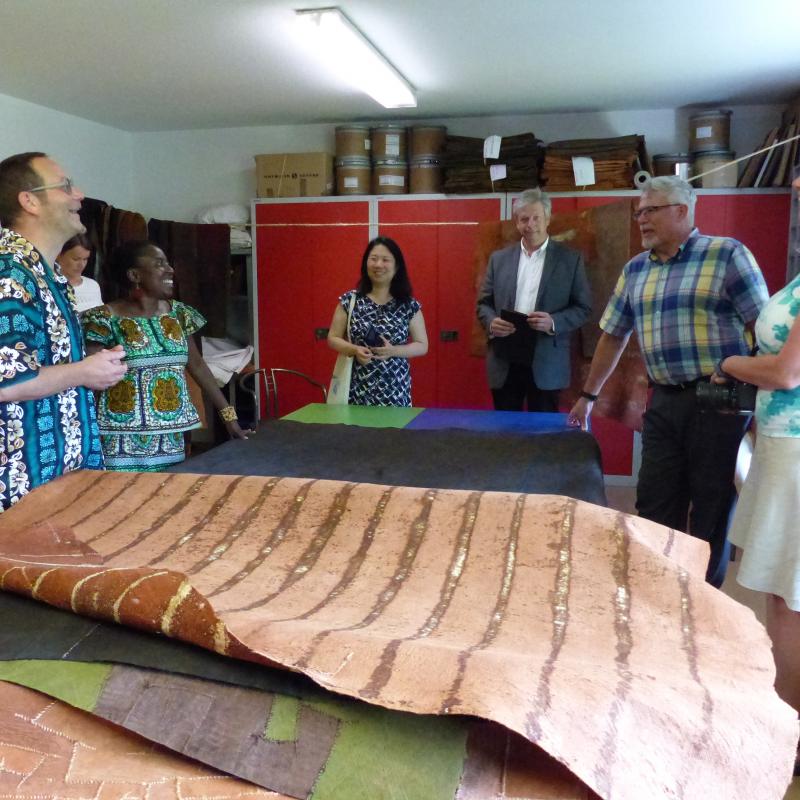 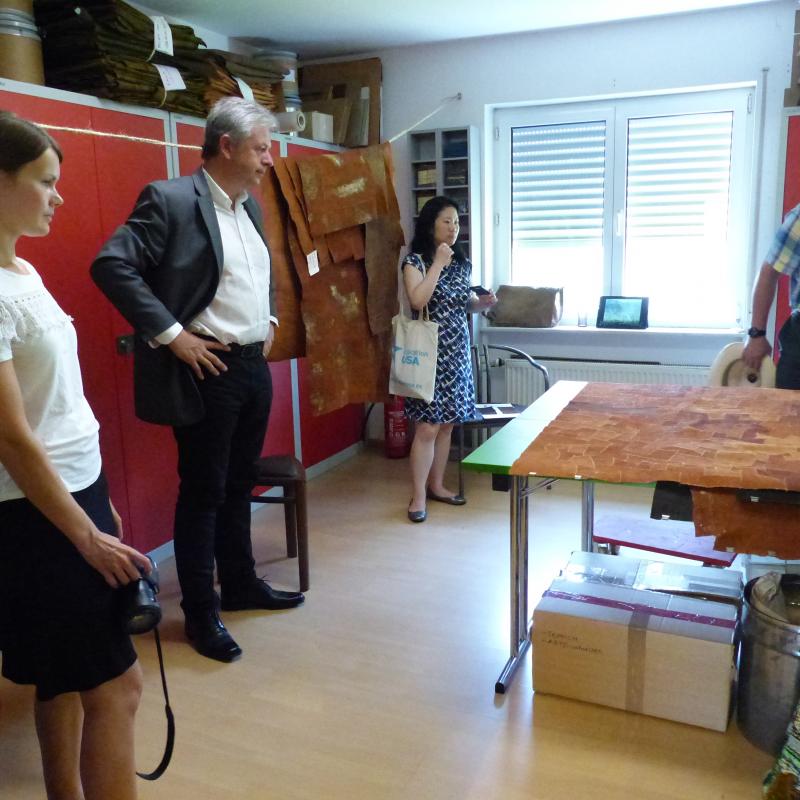